A Korean company, which is preparing an international lawsuit against Japanese and Chinese netizens for their action of distorting Korean history, said they are considering a contract with an American law firm. 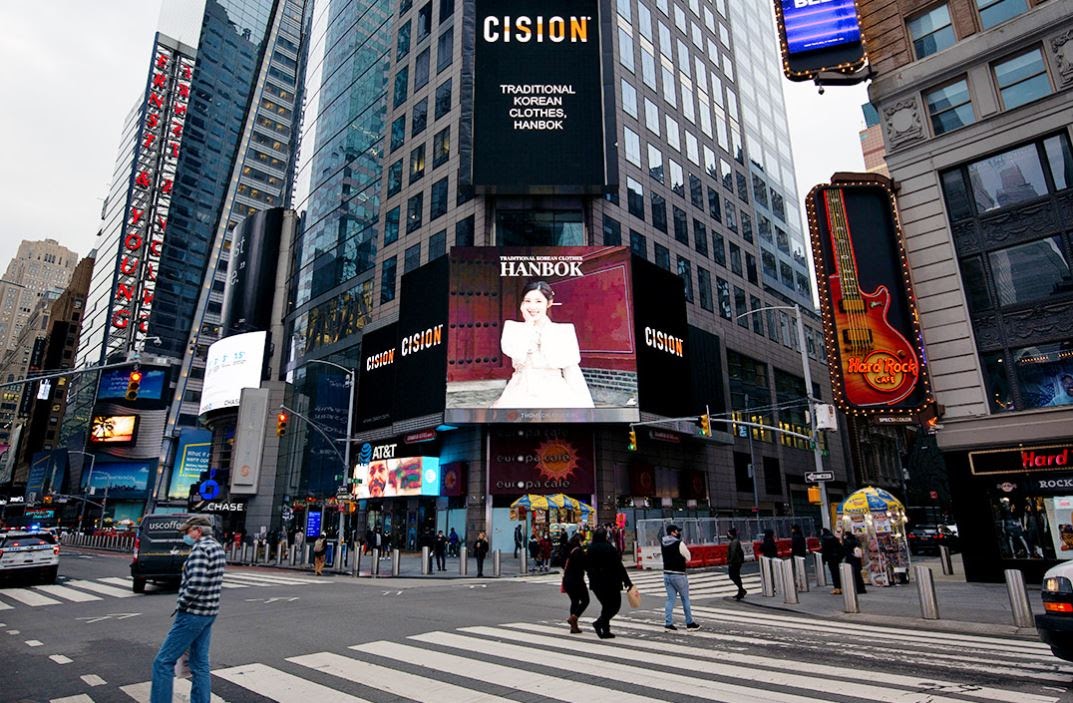 On March 1st, this well-known patriotic company in Korea conducted an advertisement in Times Square in New York regarding hanbok to oppose China and Japan, who covet Korean culture. This hanbok advertisement, which was jointly conducted with Korean celebrity Jeon Hyosung, received a lot of criticism from Japan and China. It was mostly about sexual harassment and historical distortions regarding the traditional Korean clothing of hanbok.

In response, Lakai Korea announced that they would proceed with international litigation against Japanese and Chinese netizens for the first time as a company, and appointed a Korean lawyer to continuously track the progress of international litigation. After discussing the case with a lawyer in May, they announced that it would be held in New York State, where the advertisement for hanbok was run. After a month, they decided to appoint an American law firm.

Lakai Korea reported that it took quite a while to find an American law firm to work with and stated, “It was a series of challenging times preparing for the lawsuit, but we want the two countries to pay a price for the attitude of unwillingness to change.” They also showed their ambition, “No matter how much time and money are invested in the future, we will not give up.” For this action, Korean netizens are eagerly waiting this company’s win by participating in sponsorship of products for which profits are partly used for the international litigation.

Recently, the company said they strongly condemn the posting of Sohn Kee-chung in the Japan Olympic Museum. Lakai changed the Japanese flag in the photo of Sohn Kee-chung, who had no choice but to run with the Japanese flag at the 1936 Berlin Olympics, into a Taegeukgi. They are telling the world that he is a proud Korean. They are doing a lot of unusual things to communicate the real history of Korea, even giving up on corporate profits and giving up on the Asian fashion markets of China and Japan. Many people highly value what they are doing and are interested in the history of Korea.

Thousands of people around the world are amazed at the fact that a company is suing ordinary people from both countries over the history of its own country, and it is emerging as a global topic.